On March 2, 2016, a mere eight days ago, I turned 70.  That’s the magic number I use to define “elderly,” although I know others might disagree, especially those in their 70s.

When I taught at a community college I tried to encourage students to be aware that words have different meaning for different folks.  I often asked them, “So, how old is “old?”  Most would hesitate, especially since they were keenly aware their instructor was probably over 60.  Others would should out, “40!”   “No!” some would respond, “more like 60 or so.”

Then I would ask them to define “elderly.”  This usually resulted in several seconds of silence.  Maybe most had never considered the difference between “old” and “elderly.”  However, the consensus was twofold.  Some said, “70 on up.”  Others insisted that “elderly” implied some impairment of some kind…having to use a walker or wheelchair.

Thus, 70 sounds just about right for me.  I may not be impaired in any way, but I’ve slowed down.  I’ve been managing the care of my elderly parents.  Dad died last Sept. at the age of 94.  Mom is 90 and now that her dementia is worsening, my major project for 2017 is to get her relocated to Columbia, Missouri where I live.  Since I’m an only child and live 400 miles away from her, this will be a challenge.  Anyway, with my parents’ situations, I’ve become keenly aware of what “advanced elderly” might be like.

I have a rather “reactive” sense of humor…often laugh too loudly or blurt out some snarky comment, especially when I’m among close friends and family who I figure can take it.  So to help “acknowledge” the day I woke up at the official age of 70, I posted this photo on my Facebook page. 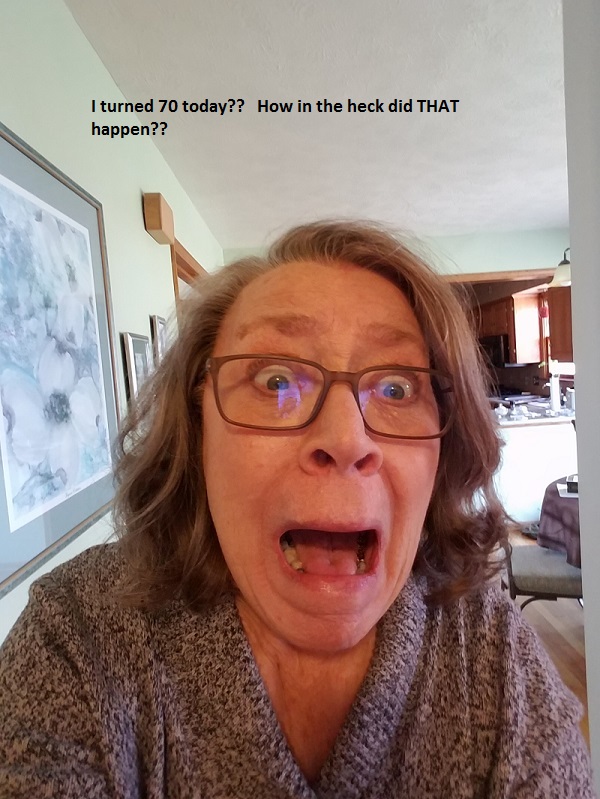 I’m a resident now.  I could drop dead at any minute or creak on into my 80s; doubt I’ll get to the 90s and not sure I want to.  But I know one thing:  For every day I can cook for myself, feed myself, dress myself, toilet myself, do a bit of gardening, take a walk, read, enjoy music, and enjoy the company of family and friends…I will be extremely grateful. 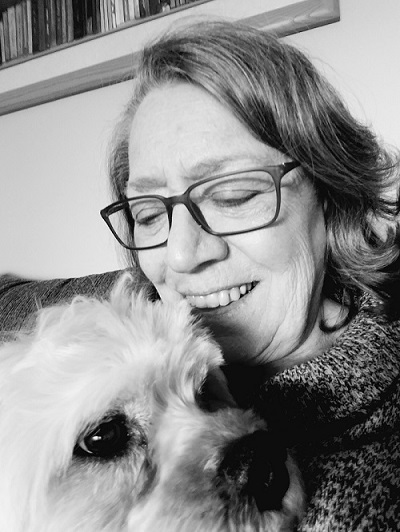 Just another voice in the wilderness from someone who's lived on this planet for over 70 years and faces permanent residency on Planet Elderly. Update: As of March 2, 2017, I turned 70. I'm now an official resident of Planet Elderly. Dad passed away September 22, 2016. In late March 2017 I was able to move Mom closer to me where she resided at a memory care assisted living community until being downsized to a skilled nursing senior community in October 2018 in Columbia, Missouri. I view the Parental Journal entries as part therapy, part family history, sort of a case study of our family's journey with dementia. It's quite an adventure. Recommended readings for others who have loved ones who live with some form of dementia: The 36-Hour Day; the website: https://www.agingcare.com/ ; https://www.alz.org/
View all posts by jjmummert →
This entry was posted in aging, Uncategorized and tagged 70th birthday, aging, planet elderly. Bookmark the permalink.